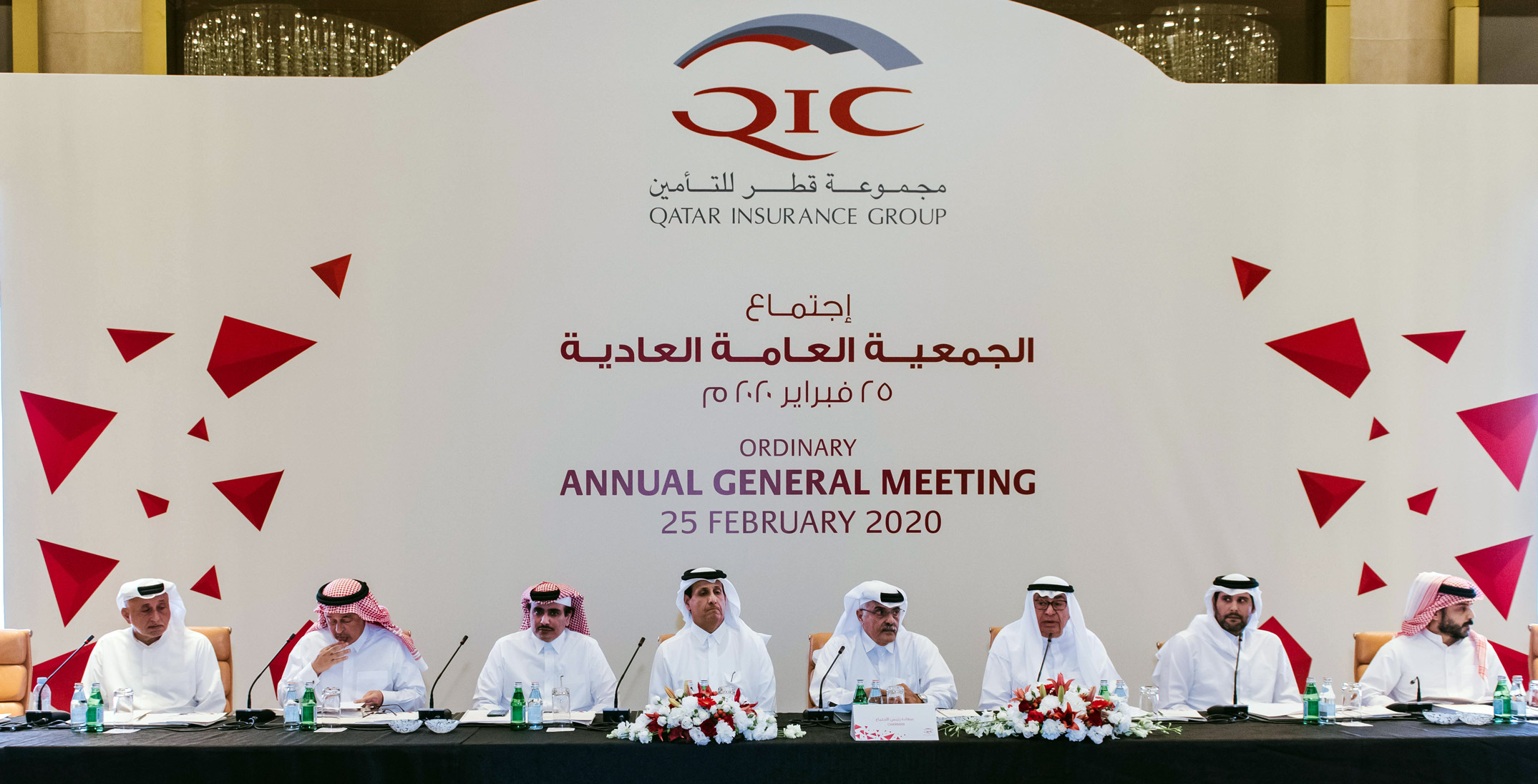 Shareholders of QIC Group approved the recommended distribution of cash dividend payout at the Annual General Meeting held yesterday at the Grand Hyatt Doha Hotel at West Bay Lagoon. The AGM was chaired by Abdulla bin Khalifa Al-Attiya, Deputy Chairman of the Board of Directors.

During the meeting, the shareholders discussed the Group’s annual performance and endorsed the recommended distribution of cash dividend payout of 15% for the year ended 31st December 2019. In addition to this, they approved QIC Group’s consolidated financial statements, Independent Auditor’s Report, Board of Directors and Corporate Governance reports for the year 2019. During the AGM, the shareholders also finalised the appointment of the auditors for the year 2020. The members of the Board of Directors for the period 2020 – 2022 were also elected during the meeting.

Group President Mr. Khalifa Abdulla Turki Al Subaey commented: “Despite global repercussion, which has massively influenced major sectors in the region, QIC Group has witnessed strong business momentum and has performed in line with our expectations.”

He added, “For 2020, our outlook remains cautiously positive. We shall focus on consolidation and enhance our operational efficiency. With renewed focus on achieving bottom-line driven growth, we will continue to maximize value for our shareholders, our trusted business partners and customers while supporting development of the sector and the economy.”

A.M. Best Europe assigned financial strength rating of A (Excellent) and issuer credit rating of "a" to QIC and its main subsidiaries: QICI and Qatar-Re.
Read More

Standard & Poor's (S&P) confirmed its ‘A-’ issuer credit and financial strength ratings on QIC, with a stable outlook.
Read More